Balbir Singh Katt was born on July 20, 1939 in Rawalpindi, Pakistan. Katt studied at Kala Bhavan, Shantiniketan where, one of the iconic figures of modern Indian sculptureRamkinkarBaij became his mentor. The weave of modernity in India was strongly felt at the period of mid third decade of 20th century. It was the clear juncture-point from where‘genre of sculpture’was begun to consider as an ‘independent art form and medium of expression’ as well as it was no longer the backbone of architectural art. In this sequence, the significant protagonist in the field of modern sculpture in India, RamkinkarBaij’s disciple and successor Balbir Singh Katt, made clear his intentions to the art world by constructing new idioms on his favorite medium, ‘stone’.

The beginning period of modern Indian sculpture can be considered from the end of 19th century to the beginning of 20th century.From the middle of the third decade of the 20th century, it was felt in India as well. After Renaissance period, Under the influence of modern era, western world,gradually, Indian artists also had started toovercome the old-fashioned and conventional ideas of art.The sculpture was now being considered as an independent art form and medium of expression apart from architectural art. In this sequence, probably the most prominent leader of the effort, Ramkinkar Baij’s disciple and successor Balbir Singh Katt, made clear his intentions to the art world by constructing new idioms on his favorite medium.Prof. Katt is a leading sculptor of contemporary Indian modern sculpture. He worked tirelessly in three decades of artistic life span, without stopping. Formalism describes the critical position that the most important aspect of a work of art is its form – the way it is made and its purely visual aspects – rather than its narrative content or its relationship to the visible world. In painting therefore, a formalist critic would focus exclusively on the qualities of colour, brushwork, form, line and composition. This paper explores idea of formalism as a theoretical framework. This research is qualitative study, through which an attempt has been made to understand how the sculptural art has been executed by Balbir Singh Katt. With the Formalist theoretical framework this paper examines the sculptural qualities developed by the artist as a significant form.

Balbir Singh Katt is renowned for his “Direct Carving mode” especially for hismonumental bodies of classical sculptures.His carving technicscan be associated with Indian sculptures, architectures and are also based on abstractionist informal principles. He divided the patterns into structures and constructed the surface. He used to carve without the help of a moquetteand create different types of stripes in the form of natural-textures upon a stone.His chisel has been considered, highly rhythmic during each and every stroke. He used to include textures and smooth as well as flat surfaces. He mostly played with like a crystal planes in his stone carving process. About his artistic expedition Poet-Critic Keshav Malik has written on Katt’s sculptures highlighting some of the key elements of his creativity. He said that “Thus, rhythm is the governing principle of at least his important stones, as also of some other works, a few in woods. He gives priority of a rhythmic format for sensation and even to emotions- apart from heavy duty ideas and concepts”[1]. Balbir’s work therefore is like a lightning conductor to conduct spiritual electricity; a container where psyche energy can be stored… where force can be stored… where raw emotional energy can have an outlet. It is true that the art of modern sculpture requires a great deal of understanding from viewers. So though however powerful the rhythm of a sculpture, the viewer needs to receive it, control and benefit from it. The grammar of the viewer’s sight however still remains to be discussed though intractable it may be. We have only to remember that art and architectural forms inherited from the past, and to which we have been used since childhood, to realize the problems at the receiving end. Balbir’s works may be no exception to the rule”.

More than four decades ago, poet-critic Keshav Malik wrote on his sculptures and also his personality; “Here is an artist who stand out by the quality and authenticity of his monumental work. Each of his pieces in their progression, from his Santiniketan days to the black blocks from the valley show an increasing concentration of form. The work propels itself forwards despite the density and the solidity of the material engaged. Without doubt Balbir Singh Katt is a match for a recalcitrant material, physically lean though he may seem to the eye of the passerby. There appears that in him which is termed “grit”. This is clearly an expression of vital energy, molecules or cells. The sculptor’s whole style is economical, spare, robust and athletic as in hiswork so in his personality” 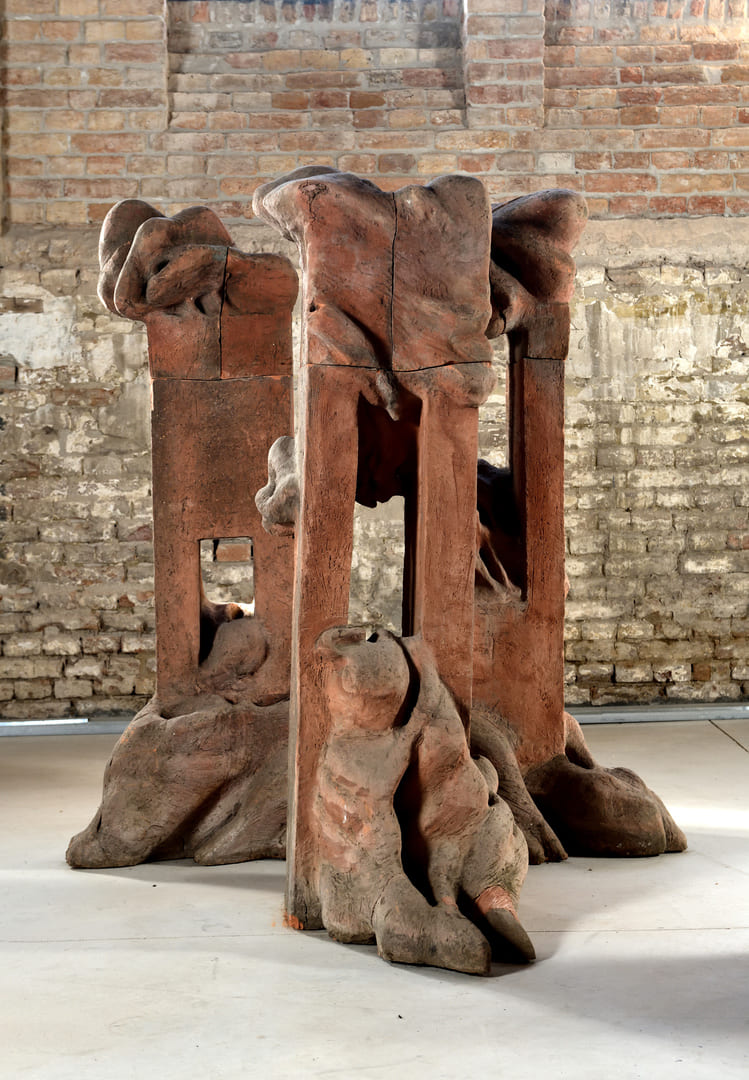 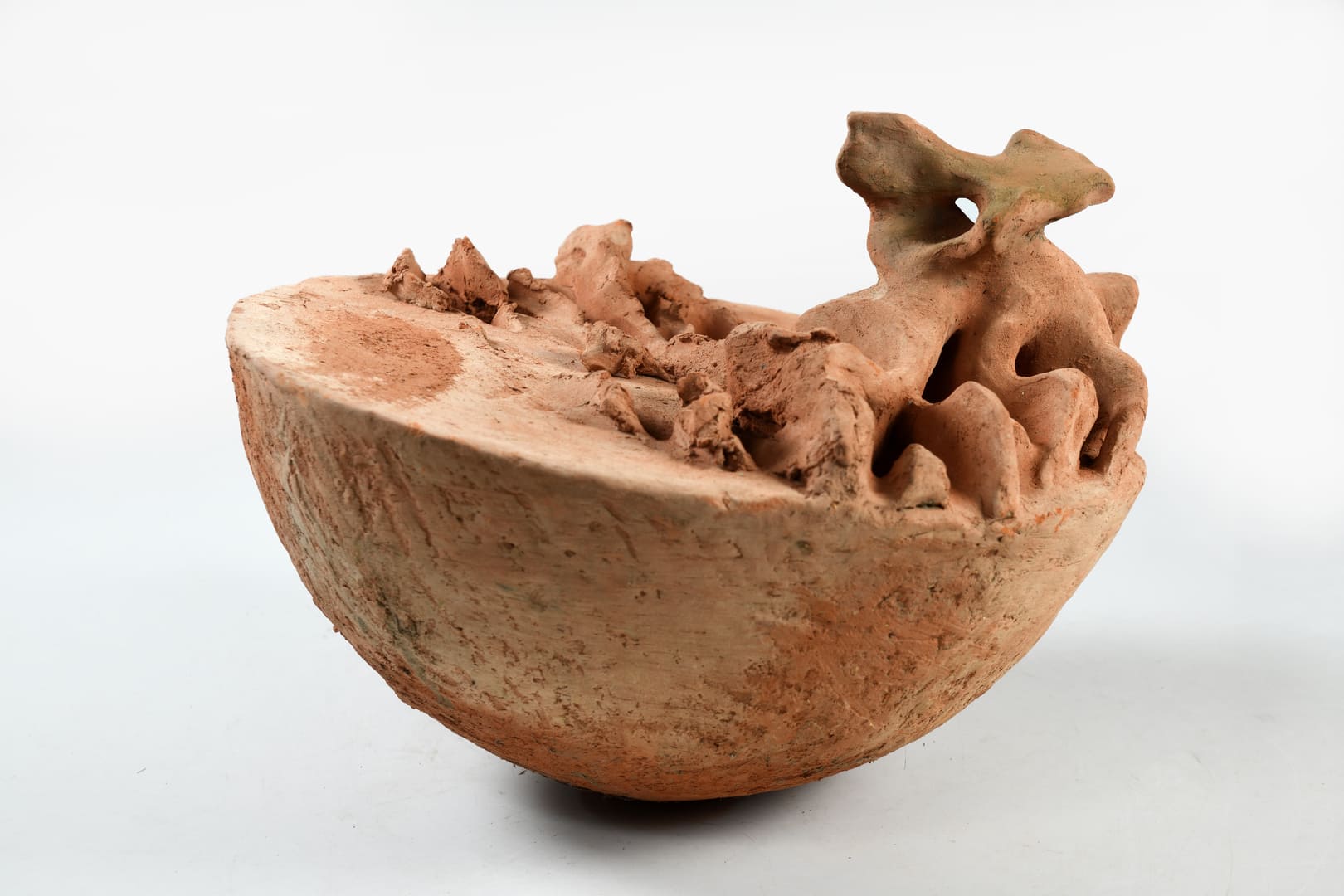 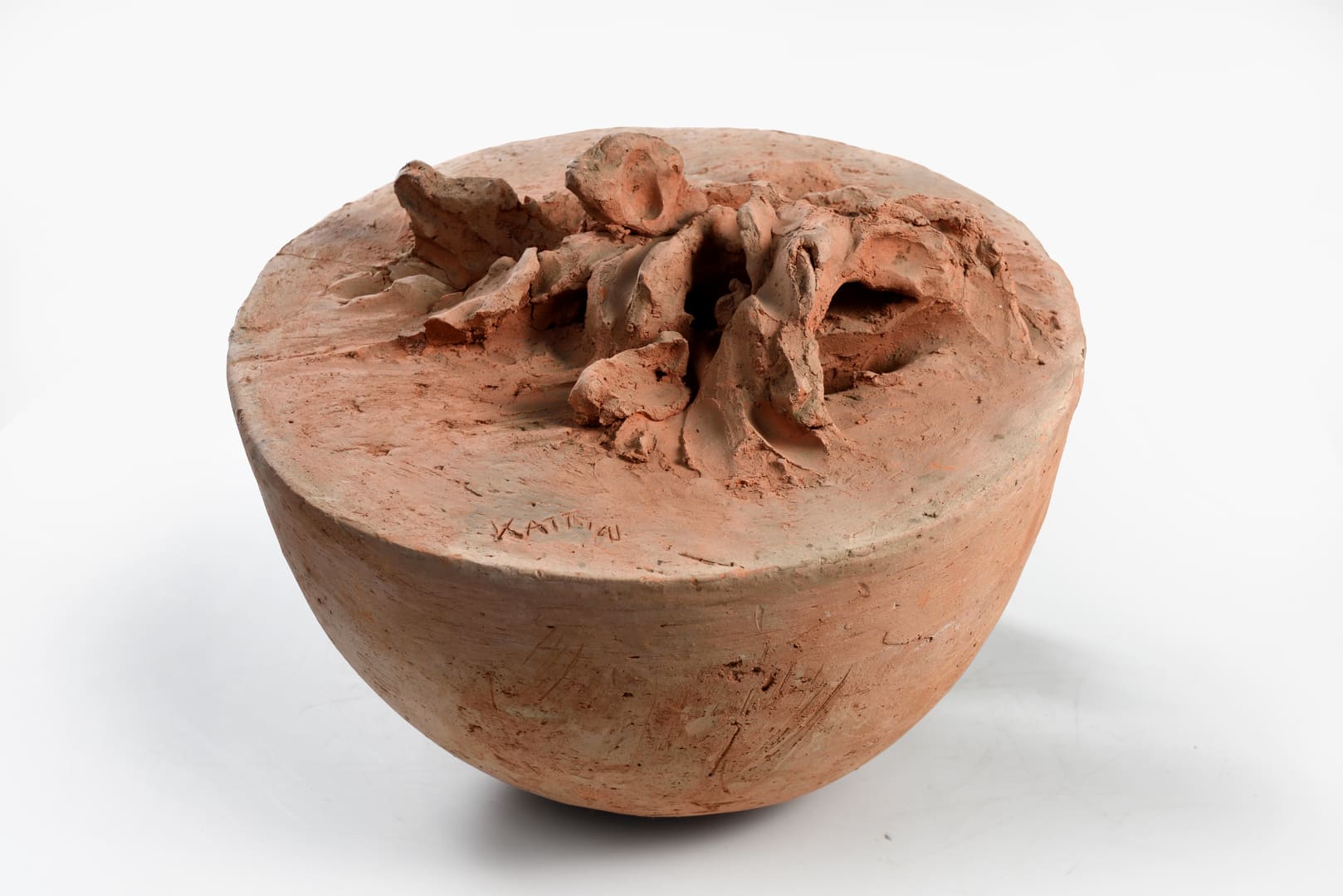