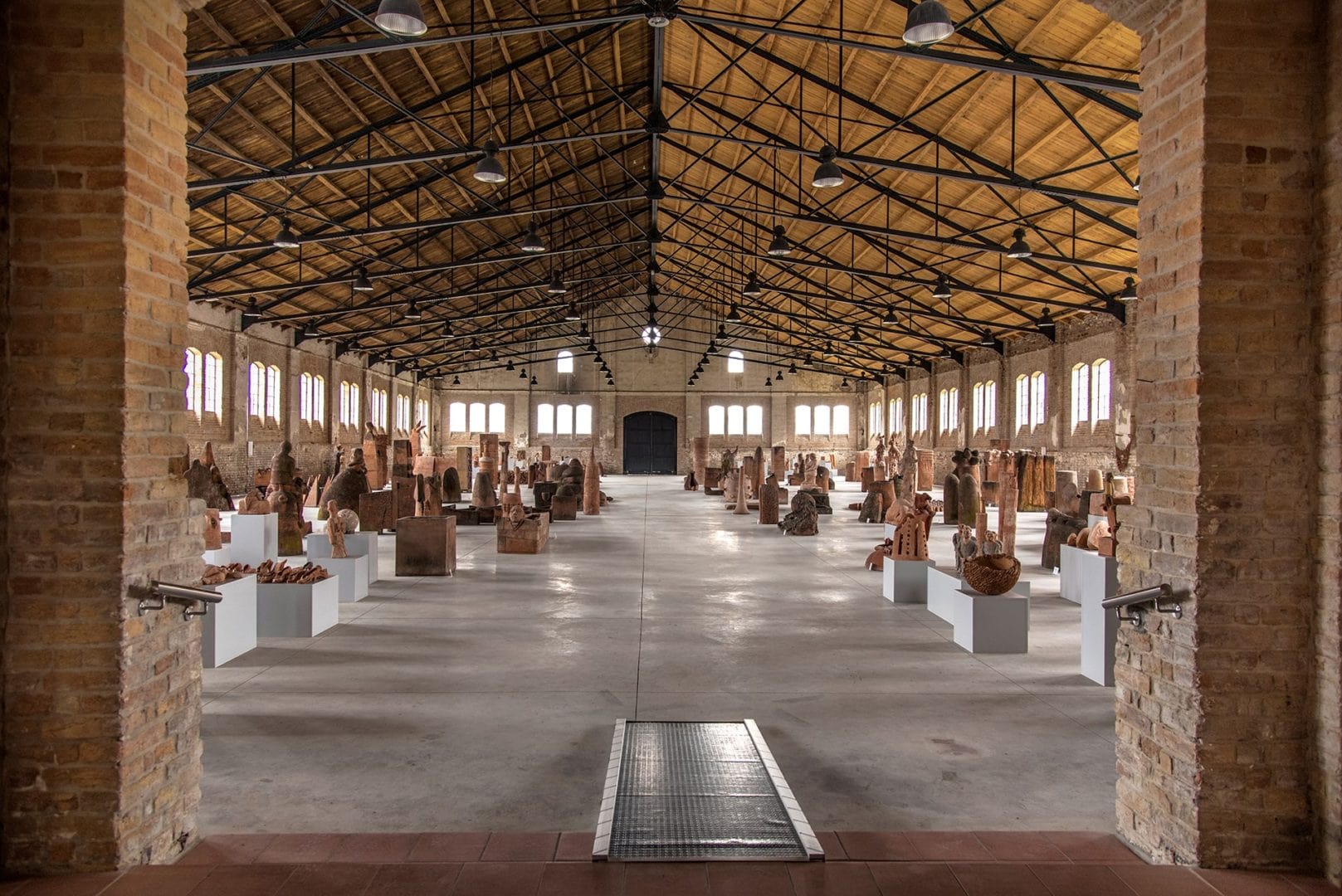 How to reach us:

The TERRA Museum is located on the outskirts of the city of Kikinda in the area of ​​the former military barracks “Servo Mihalj”. You can easily reach the museum by your own or taxi transport (prices in Kikinda are not high).

The museum has a mini parking lot.

With the opening of the Terra Museum in Kikinda in December 2017 in the former manège building of the Kikinda military barracks, the decades-long desire and plan of the founders of the International Symposium of Terracotta Sculptures – Terra, to organize a permanent exhibition of sculptures in the city where they were created was finally brought to fruition. The main idea behind the Museum is as old as the Symposium itself, and it developed in parallel with the continuous increase in the number of sculptures that were created during the traditional Symposium gatherings.

In the newly opened Terra Museum in Kikinda, visitors of this unique institution are allowed to fully embrace and understand the place of sculpture at the turn of the century and millennium.

At the initiative of the founder of the International Symposium of Large-Scale Terracotta Sculptures – Terra, professor, and academic sculptor Slobodan Kojić, the Kikinda Municipality bought the old military barracks from the Serbian Armed Forces, changed their purpose[1] and assigned them to the Terra Centre, for the needs of the Museum. The design for the adaptation of the manège building into a museum and gallery was drawn up by Architect Aranka Blat[2], who showed consistent respect for the authentic appearance of this building.

Due to its significance, the Kikinda manège is deserving of protection as an object of technical excellence, as evidenced by the officially issued opinion – recommendation of the Institute for the Protection of Cultural Monuments from Subotica.

The reconstruction of the facility began in 2012 and was funded by the Ministry of Culture and Information of the Republic of Serbia, the City of Kikinda, the Provincial Secretariat for Culture and Information and Relations with Religious Communities, and the NIS Fund Together for the Community. The complete reconstruction of the exhibition area and annex of the Terra Museum was finished in 2017.

The manège building consists of two interconnected units – the main part of the building is higher and spatially more dominant to the annex, which is significantly lower, enabling the functional division of space. The complete, well-organized, architecturally attractive, and compact manège space of about 2100 square meters, with good natural and adequate artificial lighting, was turned into an ideal museum space that is fully adequate for the uniqueness of terracotta sculptures, especially since the Terra Museum exhibition display is dominated by monumental sculptures.

The Museum’s rich collection of terracotta sculptures directly reflects its history, utilizing the extraordinary space of the manège, which enables a unique all-encompassing view of the entire exhibition. The exhibition does not follow a chronological sequence but provides an opportunity for visitors to view changes in the work and techniques that occurred during the four decades of the existence of the International Sculpture Symposium – Terra. This is how the works of gallery format alternate, gathered in the four corners of the Museum, with monumental and more intimate sculptures, placed on pedestals or directly on the ground, without being divided by generations or nationalities of the sculptors, without being grouped by topic or style. This enables a spontaneous experience of each of the exhibited sculptures and an impression of an active space and vivid working atmosphere that is always present at the Terra Symposium. Most of the Symposium participants have at least one of their pieces on display here, which allows the Museum an opportunity to present different poetics of Serbian, Yugoslav, and world artists dedicated to creating in this noble material.

The permanent exhibition will not be frozen in time: it will be periodically supplemented and changed, but the uniqueness of the former manège will always be present, as well as the diversity of ideas and achievements of the creators. (Text by: Irina Subotić)

There are currently about 1,000 terracotta sculptures in the Terra collection.

[1]Turning the military barracks into the Terra Museum resembles another situation from the history of Vojvodina art from the nineteen-fifties and -sixties when the fortifications and barracks on Petrovaradin Fortress were assigned to artists and adapted into painting and sculpting ateliers.

[2]Architect Aranka Blat specialized in the reconstruction and revitalization of old architecture. She was awarded the House – Guardian of the Past Award by the Hungarian National Committee of the International Council on Cultural Monuments (ICOMOS) – Section for National Architecture.

Salon of the Terra Museum

In the annex of the building, right next to the main entrance, there is a small gallery space (about 70 square meters), the so-called Salon, intended for occasional autonomous exhibition

Opening of the Museum Terra 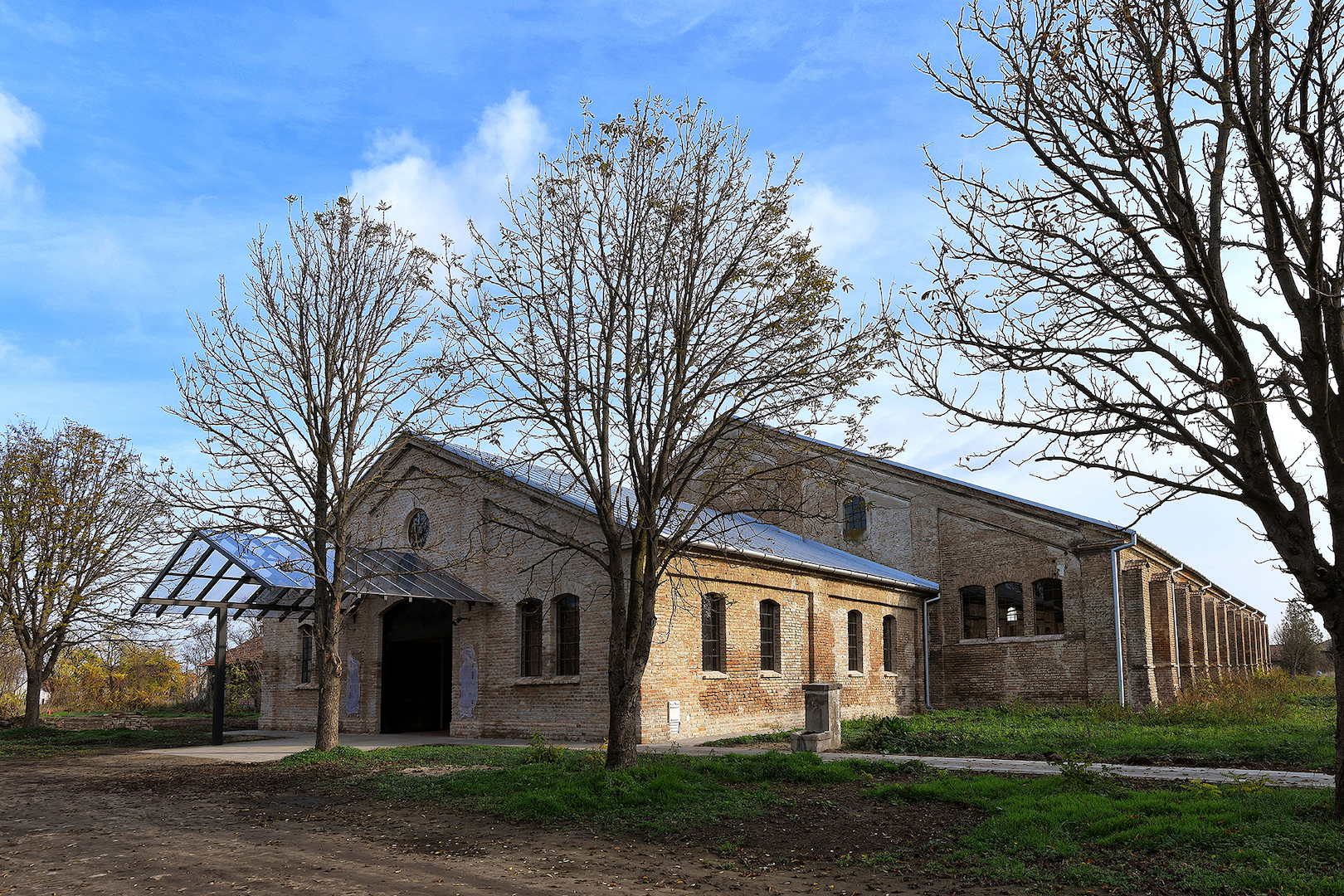 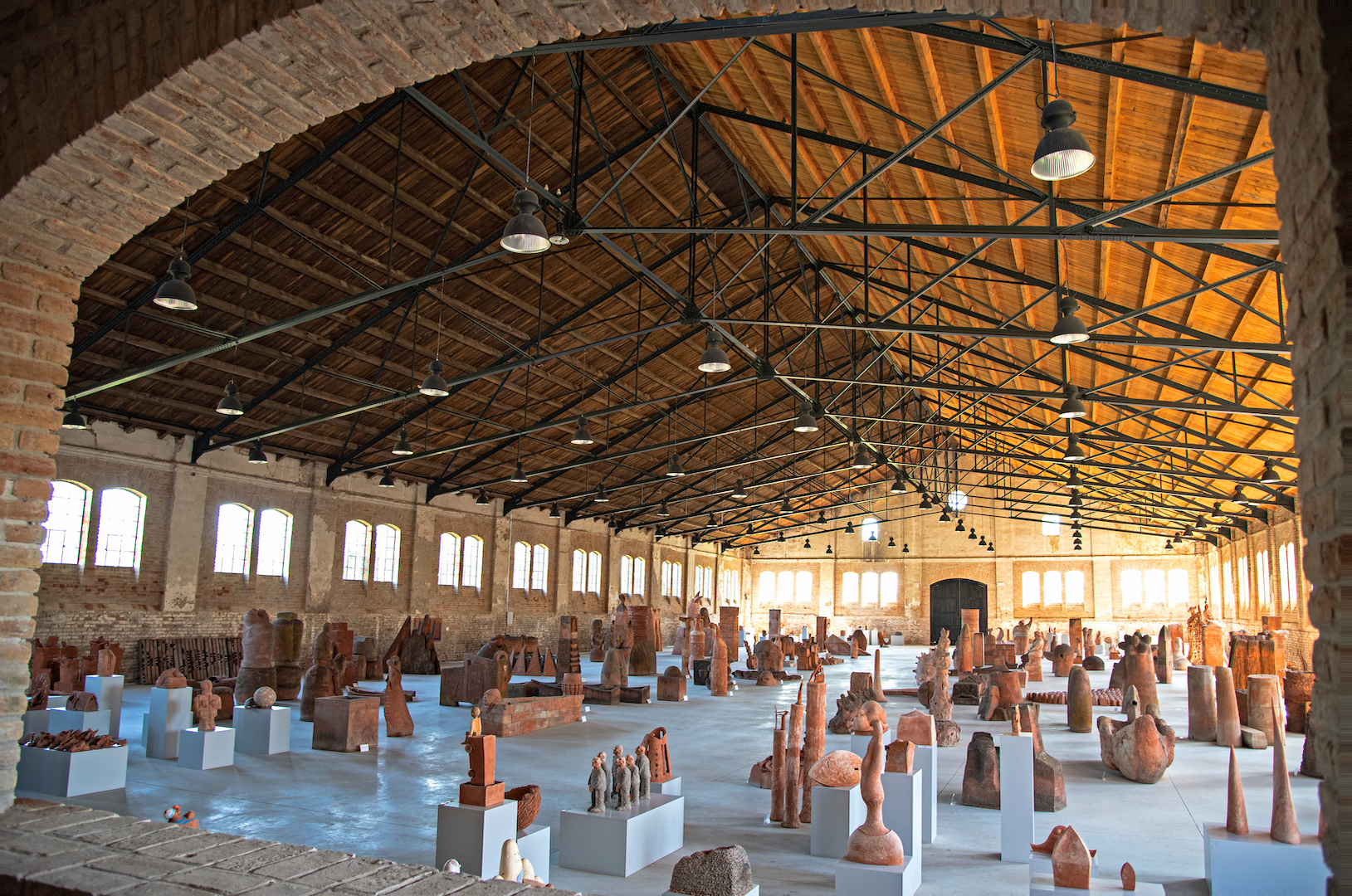