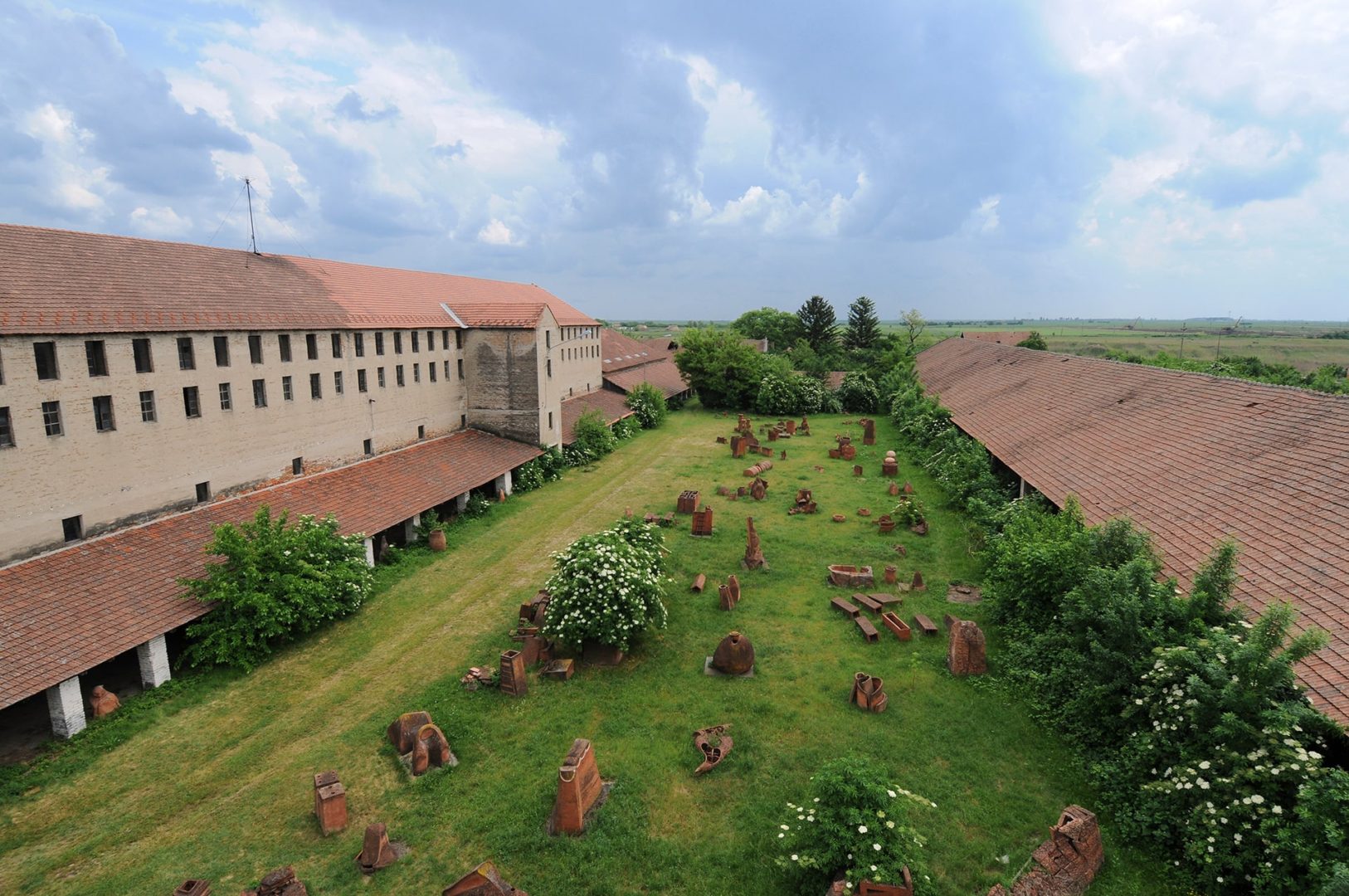 The International Symposium of Large-Scale Terracotta Sculpture – Terra was founded in 1982 by academic sculptor Slobodan Kojić. Since then, it has been held every year from July 1 to 31, in Kikinda, within the premises of a former roof tile factory – an industrial-style building that was built in 1895.

Every year, five to eight artists from Serbia and abroad participate in the Terra Symposium. When it comes to large-scale terracotta sculpture and contemporary art, the Terra symposium is unique in the world.

During the four decades of its existence, Terra strived to “introduce” its participants to a specific process of creation that cannot be achieved in everyday art-studio practice: here, sculptors are offered the possibility of a one-of-a-kind artistic professional development and that is why the Kikinda gathering of sculptors is defined as – a Symposium.

Over the course of all these years, the sculptors attending the Kikinda Symposium expressed their reactions to and reflections on social events in an authentic sculptural way, and no thematic or conceptual demands were ever placed before the participants of Terra.

Reacting to all these events, working diligently at the International Sculpture Symposium – Terra in Kikinda, the sculptors penetrated the spirit of the time with their forms: in the nineteen-eighties, they commented on the dichotomy that was prevalent at the time: they protested against the state of the world by sculpting expressive forms, but at the same time and with the same gesturality, they ecstatically celebrated life. During the fatal 1990s, they used construction to oppose the general destruction that reigned in former Yugoslavia at the time, and they imposed geometry and formal simplicity, enriched by the principles of order, harmony and accord – as possible models for creating a better society.…

So far, about 250 sculptors from 43 countries took part in the Terra Symposium.

A number of their sculptures are on display in various public spaces. There are five sculptures in the legacy of the famous International Biennale of Contemporary Art in Venice, namely works of sculptors Borislava Nedeljković-Prodanović, Mariana Gvozdenović, Milorad Damnjanović, Mladen Marinkov and Slobodan Kojić. A monumental sculpture created by Nikola Vukosavljević, Wild Boar, is permanently placed in Tašmajdan Park in Belgrade. Three gallery-format sculptures can be seen at the Administration Building of the City of Kikinda, the Obelisk by Đorđe Arnaut, Horseman by Antun Babić, and Cuirassier by Milorad Damnjanović, and two monumental sculptures adorn the main entrance to the same building, Warrior by Nikola Koka Janković and An Angel of Peace by Japanese author Masanao Honda.

In the town square, in the immediate vicinity of the Terra Gallery, two monumental works are displayed, created by Petar Omčikus and Ljubodrag Janković. In the park surrounding the city hospital, there are five monumental sculptures, created by Kousei Fujiki, Nuţă Doru, Valentina Dusavitskaya, Francesca Roviella and Numan Huseinbegović.

And the rest of the collection that can be seen in public spaces is located in the sculpture park of the former roof tile factory where the Symposium is held.

The honour to represent Yugoslav fine arts at the 48th Venice Biennale, that was held in 1999, was, among others, given to sculptors who were part of the International Symposium of Large-Scale Terracotta Sculpture – Terra. On that occasion, the city of Venice was gifted with five sculptures, created at the Symposium as part of the Terra collection, and their authors presented themselves with the following works: 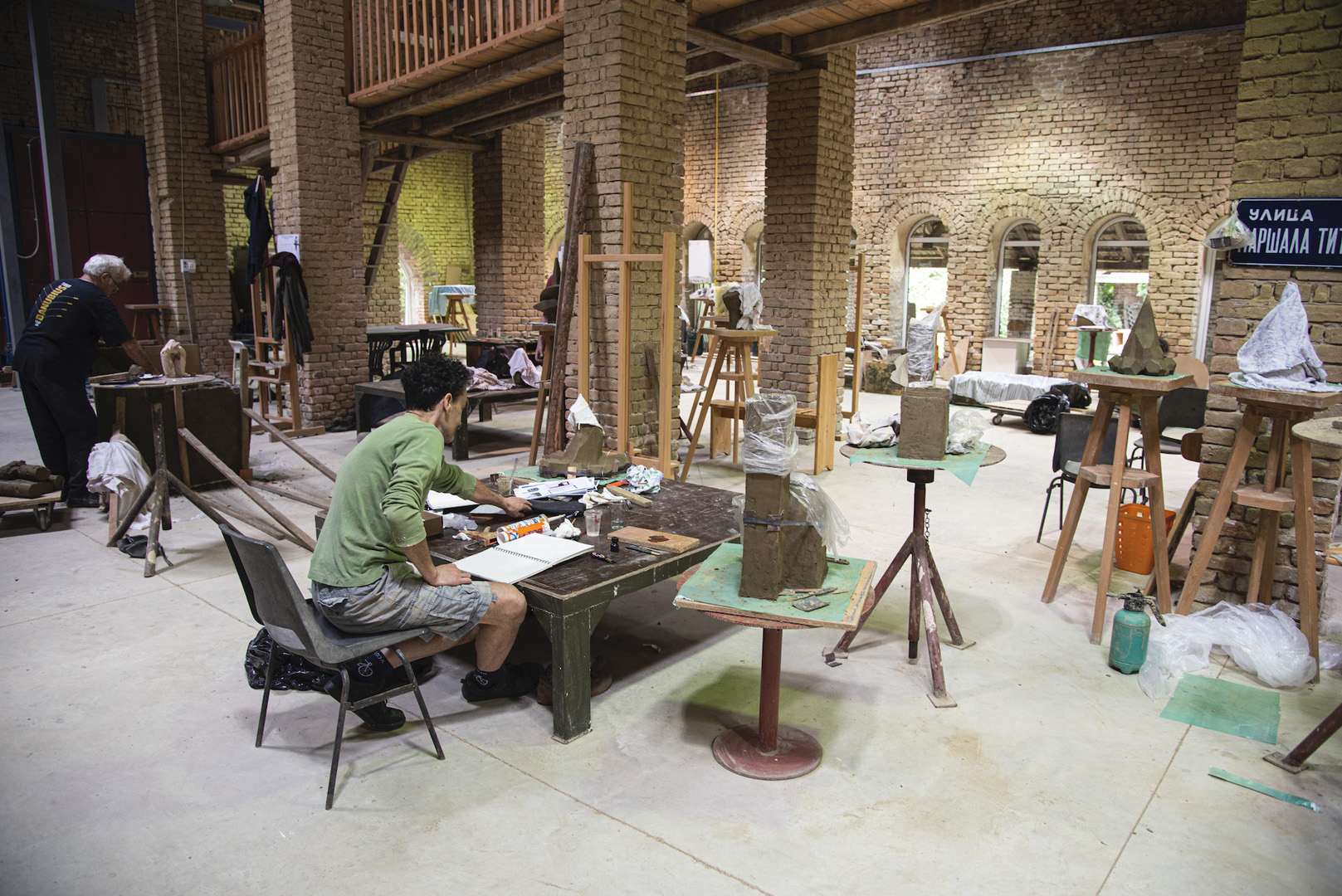 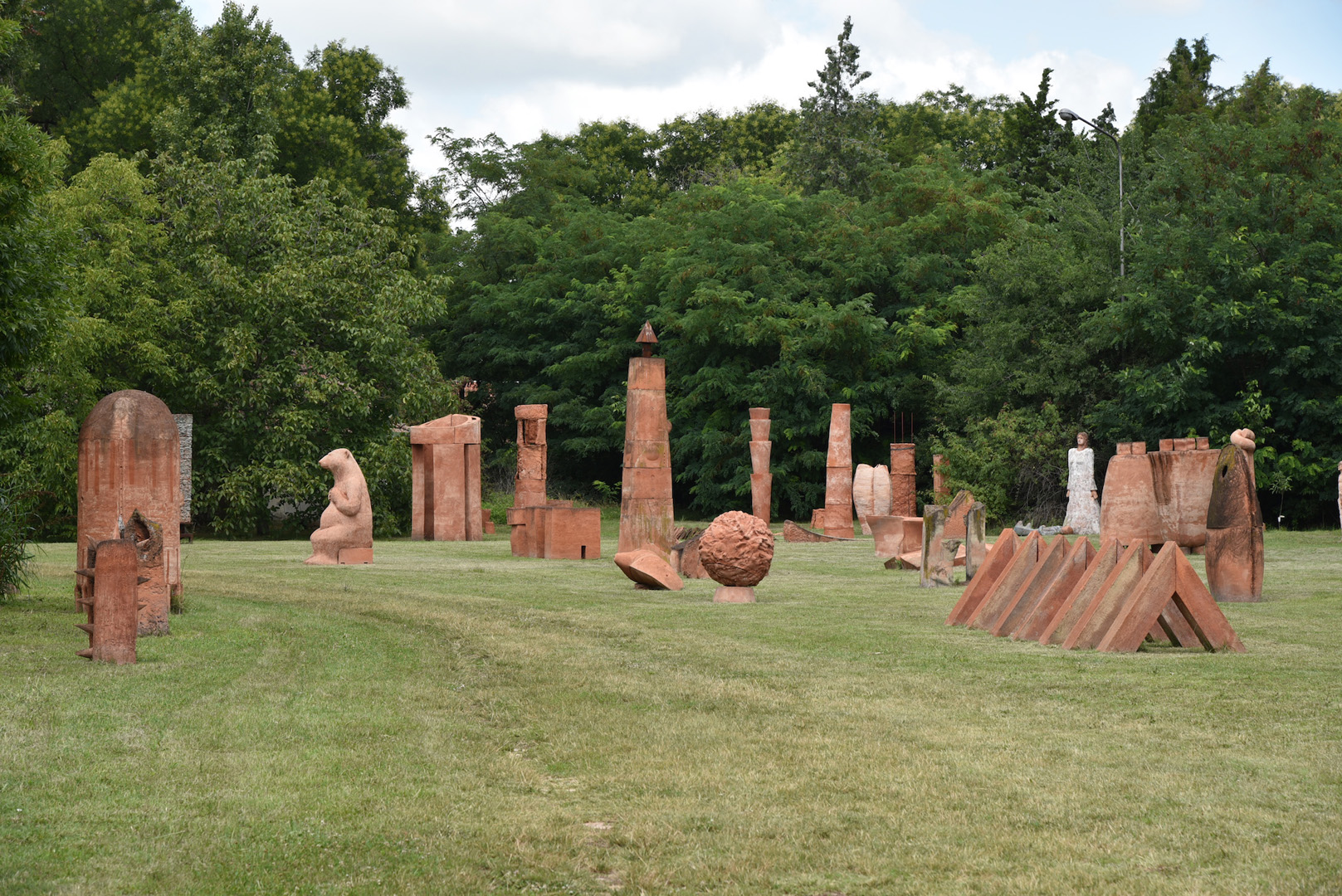