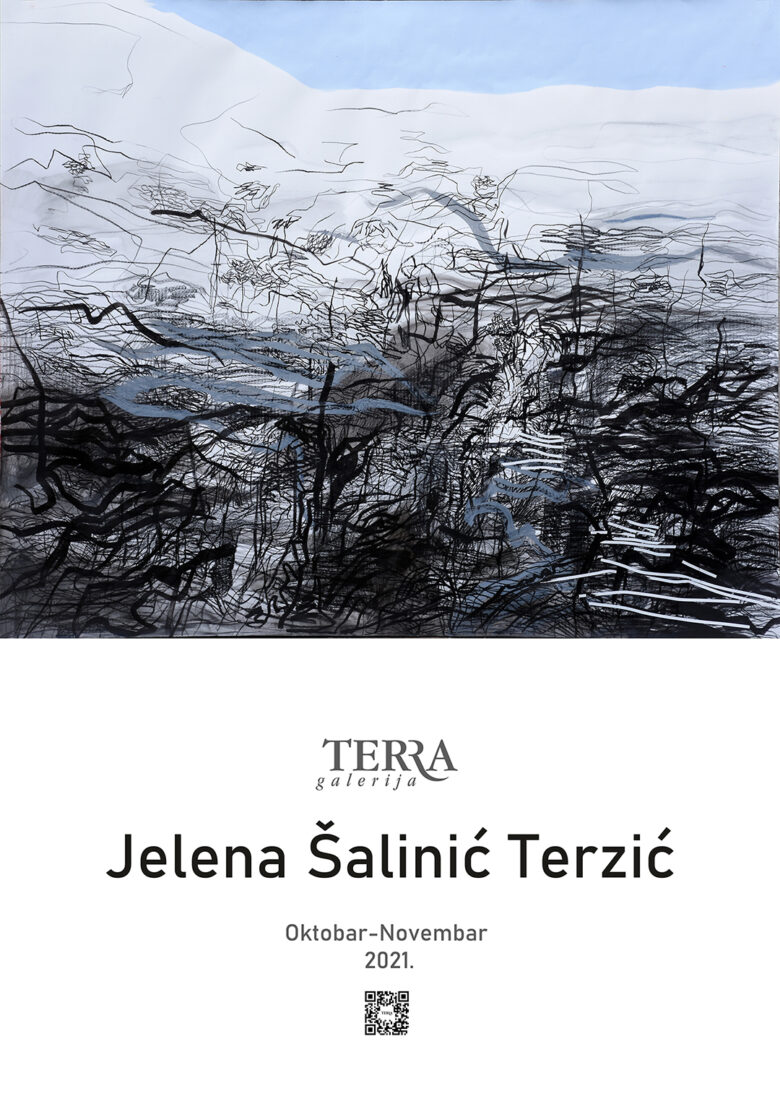 ,,In a world where “perceptual greed” shapes a person’s visual experience of reality, it is difficult to devote time to analyzing a scene in the way that the persistent and patient Paul Cézanne did. Minimal shifts of mature points in the work on one scene led Cezanne to unimagined visual sensations and revealed to him the space of the image and the real space in a completely, then, new, revolutionary way. After several series of drawings in which I deal with nature and in which nature is the ambience of an event, my gaze stopped on a rock which, with its sumptuous texture and convincing dominance in space, causes it to be “checked”, “confirmed” or “disputed”, in the real space of paintings and drawings in the language of art, which is based primarily on the speech of lines and colors. The rock as a natural formation always possesses a certain pictorial beauty, but also some “innate” graphics that spontaneously introduce it into the world of art analysis. Emerging from the earth, awakened as a cry of tectonic movements and magma, the rock becomes a collection of linear flows of stone and air that envelops it, the sky and the earth. A connection that was given in the beginning and that lasts. Precisely this anagogic character of the scene was a challenge to draw a part of anthropological constructs in the relationship between man and nature. What is that relationship like today? How much is a person able to see the beauty that defines his world as special and unique? Can the energy of the stone in the form of a rock – a mountain by which it rises above the earth, ascend to the sphere of the divine and which in the power of drawing in that endeavor? Drawing is a medium that always regenerates the artist’s perception. It reveals the theurgical currents of thought and has the power to follow the path of the artist’s consciousness from decay to the eidetic state of being. How can something that is the embodiment of perseverance and powerful peace evoke movement at the same time? It is one of the puzzles I try to listen to in this cycle through the swirling interweaving of lines that are the main armature and vision of this drawing and the vivid sounds of colors that are naturally related to the line. The texture that is a consequence of this crossing partially reveals the strength and power of the stone, its inner character. The stone that weaves the rock introduces a dilemma into the drawing: how does time create a scene, making it dominant in a certain, real space, and hiding its power in the layer of being that only art recognizes? The line sees, the line knows and reveals the streams of thought of nature itself.”

Jelena Šalinić-Terzić was born in 1976 in Kraljevo. She finished the high school of art “Djordje Krstic” in Nis as a student of the generation. She graduated from the Faculty of Fine Arts in Belgrade (painting department) in 2000 in the class of Professor Andjelka Bojović. Declared a student of the generation. Jelena received her master’s degree in 2003. with the same professor, at the same faculty. Jelena received her PhD in 2016 at the Faculty of Fine Arts, Department of Painting. Also, she is employed at the Faculty of Philology and Arts in Kragujevac (FILUM) as an associate professor in the subjects of Drawing, Painting and Drawing and Painting. Jelena, is a member of ULUS since 2001. She has exhibited at numerous solo and group exhibitions in Serbia and abroad, with numerous awards. 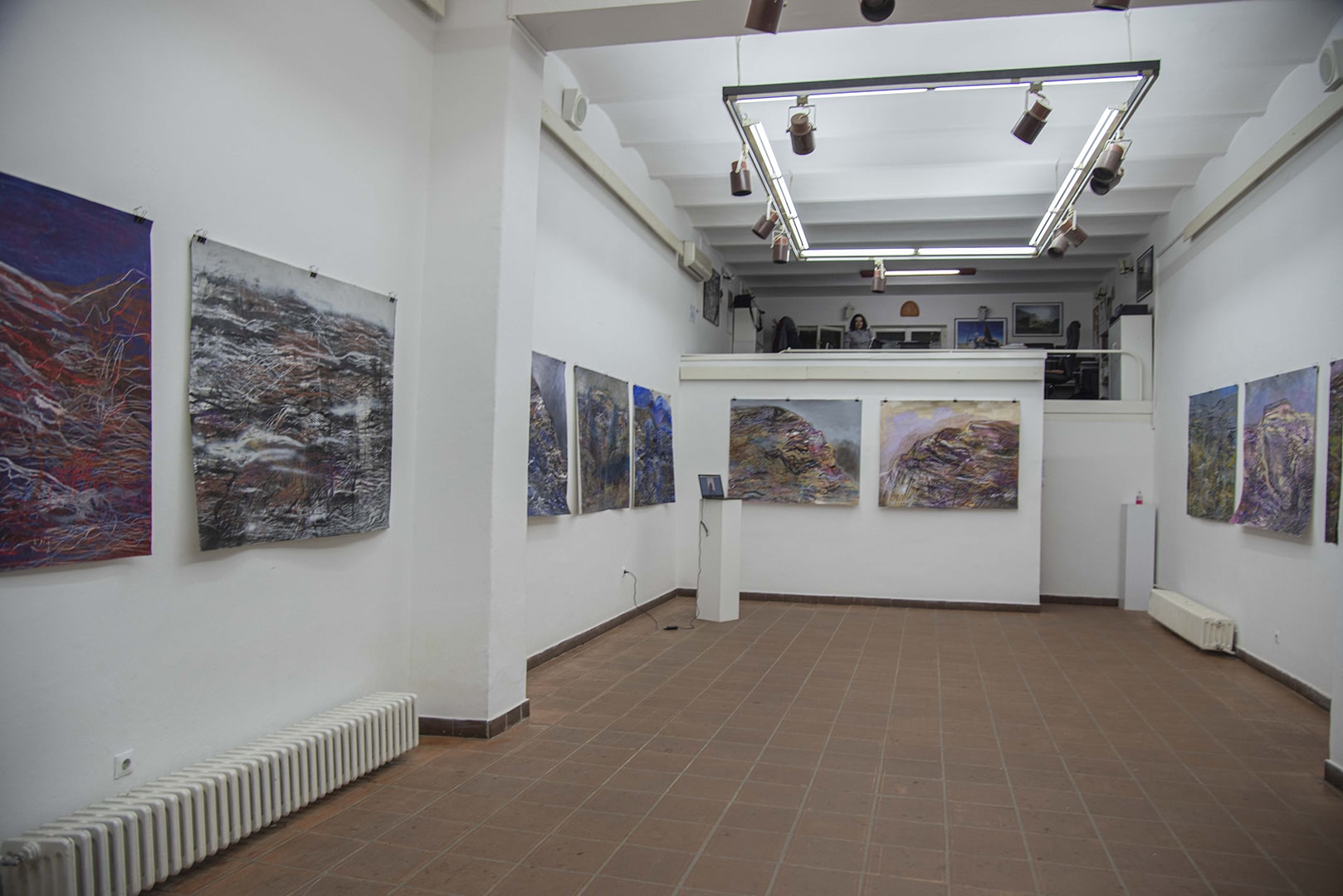 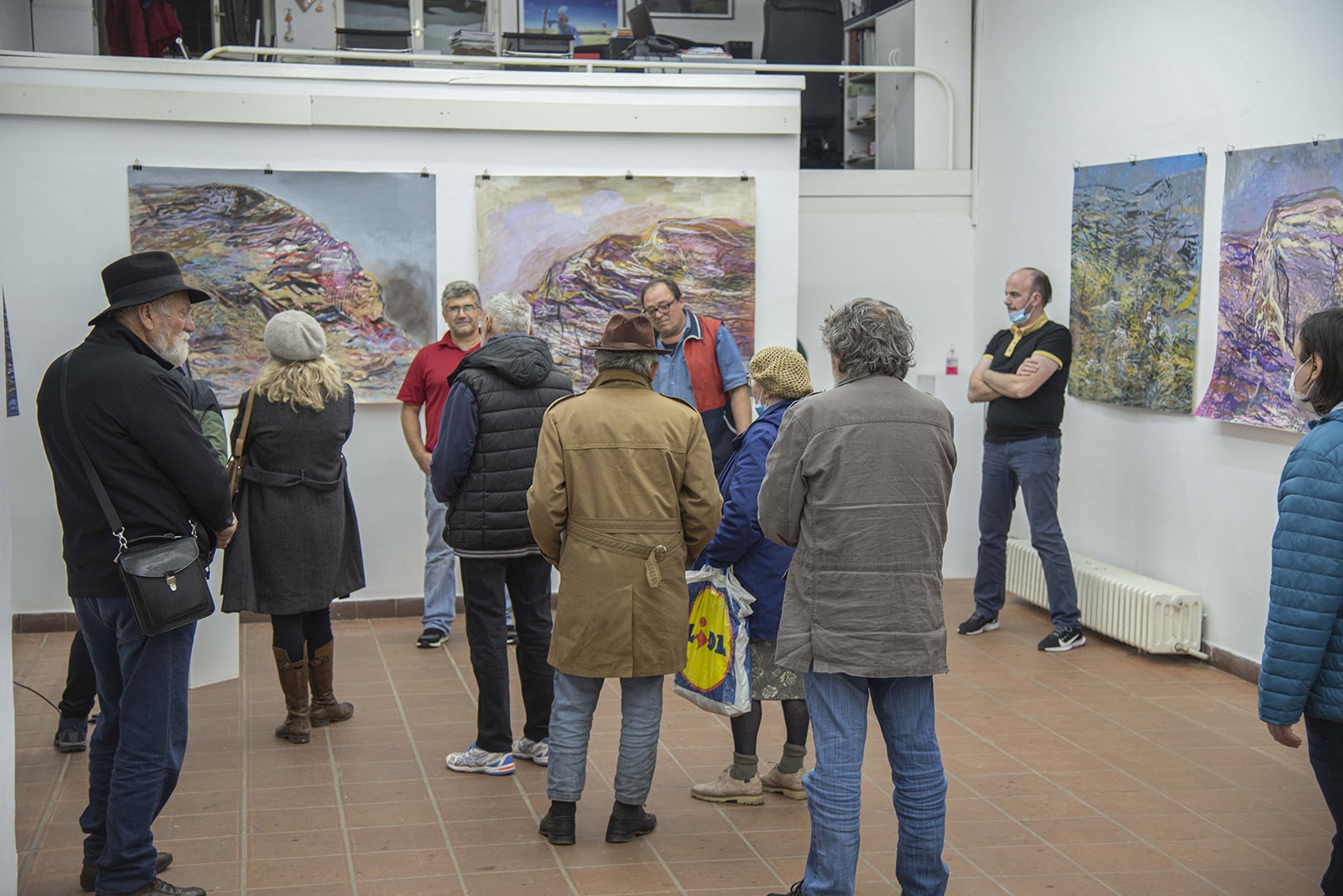