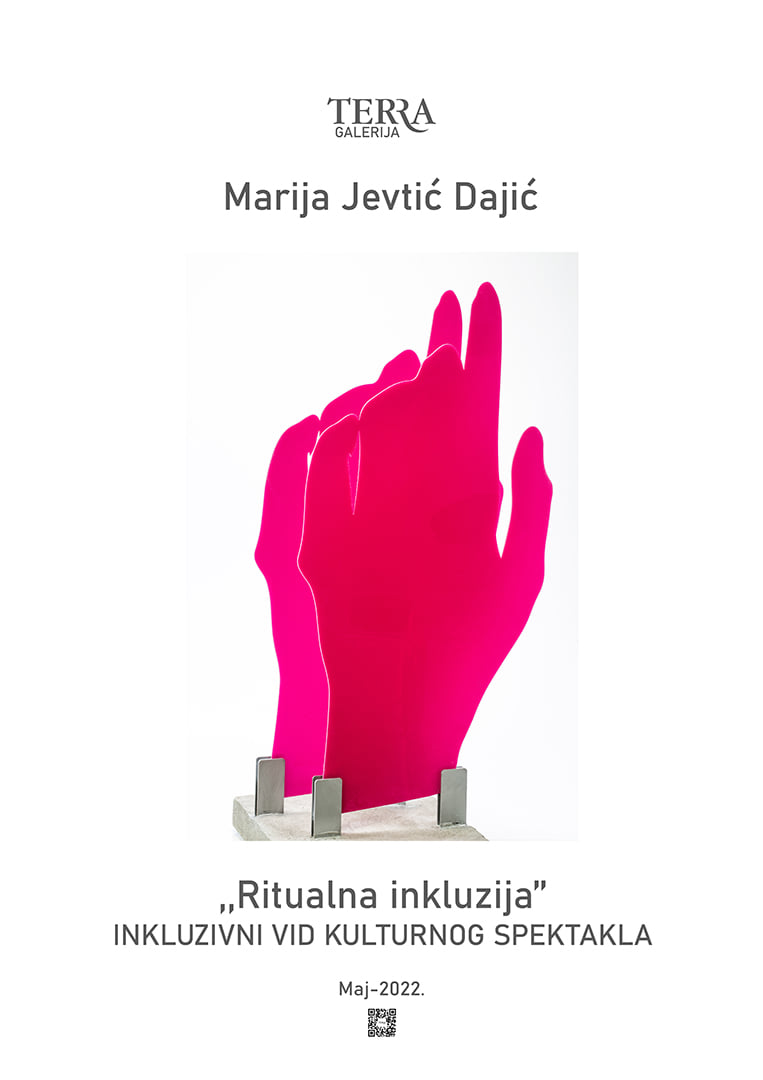 An exhibition of sculptures by Marija Jeftić Dajić – “Ritual Inclusion” – INCLUSIVE TYPE OF CULTURAL SPECTACLE was opened at the Terra Gallery on Friday, April 9 at 6 pm

“My idea in this paper is to reinterpret 2D images into 3D printed models to bring art closer to blind and partially sighted users.
For each of the shapes that a blind or visually impaired person touches, he will have a complete picture of him, in relation to himself and in relation to other shapes around him, so that in the end he will be able to recognize the whole picture, understand what kind of picture it is, direction , the artist’s manuscript, and finally the entire exhibition. The reinterpretation of classical art into digital art is taken as the basic framework within
which I navigated using two terms: classical and digital. Both terms represent different epochs, in which the term classical art implies a much longer period of time, and it is more difficult to use it, not to mention a shorter period of time in which the visual sign imposed itself as dominant in relation to some other iconographies of wider classical heritage. . Old
the terminology has become unusable, so it can be logically concluded that the legacy of the old visuals can be more difficult to use. My research is based on classical beauty, which does not show man as he is, but presents him as a special ideal that harmonizes with what is outside and what is inside, but I am especially interested in the aesthetics of classical art and
the possibility of its transfer to digital. The notion of appropriation can be better used here, that is, how the aesthetics of the classical is used in the digital age.
Our body is under the influence of pixels on one side. New spaces on the other side. Perceptual objects, or in this case associative 2D architecture is also one of the spaces that have significance in my work. “House of Pixels” significantly helped me to understand the concept of ritual inclusion. Our body is in a space that is confronted with the discourses, rules and laws of the dominant imposed by global networking, and that is, of course, an event. This work, in addition to dealing with bringing 2D fine arts closer to the blind and visually impaired
is a kind of critique of global networking and current events, we are always trying to see what is happening? Events are more complex than what they present to us. In this work, I am creating a kind of shelter “house of pixels”, as a display of ritual inclusion. The question of how for me the art I am dealing with now works in the non-artistic experience of my relationship
with the objects of the world in an almost impossible and unsuitable communication situation. The intervention of the artistic impact in real experiential relations with objects that are not related to the work of art itself, makes the initial, now elaborated in the memory, interest in imaginary space. It is about integrating different forms of potentiality and knowledge into specific animals
situations that are brought to the brink of battle. Today we are in a time when we are alone in our space, relying on it as the ultimate refuge, that
I call refuge in this work a “house of pixels.” The desire for closeness, for someone to understand, has found its natural place in the virtual today. When I started doing my work from the cycle “Inclusive Art”, the following was on my mind, (how many people are) alone and lonely?
Are they at all? Are we more lonely with the increasing use of virtual communication And what will be the price we will pay? Will the mixture help us to continue swimming or will we still drown in it … “- Marija Jeftić Dajić

Marija Jevtic Dajic, born in 1990, in Western Serbia on the Drina River, a globally known site where the Eastern and Western Roman Empires separated, ie Byzantium and Rome, whose artistic legacy from an early age sparked interest in painting. In high school, she expressed high potential through painting and understanding the postulates of Byzantine art, intertwined with modern art, which awarded her the best student of high school art, and professors advise her to continue studying painting. He continued his education in 2009 at the Academy of Arts, Department of Painting, in Novi Sad, a city in northern Serbia, the former capital of the southern Habsur province, and today the European Capital of Culture for 2022. He further improved and finished his work under the influence of professors who nurture Austro-Hungarian and modern art as a student of the generation. In 2013, he enrolled in a master’s degree in painting, which he completed as a student of the 2015 generation. Further research and desire to expand knowledge in 2016 continues in Slovenia, Ljubljana, at the Faculty of Natural Sciences and Engineering, majoring in graphic design, where he became a scholarship holder of the state of Slovenia due to exceptional average, engagement and artistic quality. In Slovenia, the doctoral thesis intersects with professors the acquired knowledge from graphic design and previously art, painting, which results in the creation of a process where paintings for the blind are born. He creates these works by combining work on a computer and manually, which is still in the process 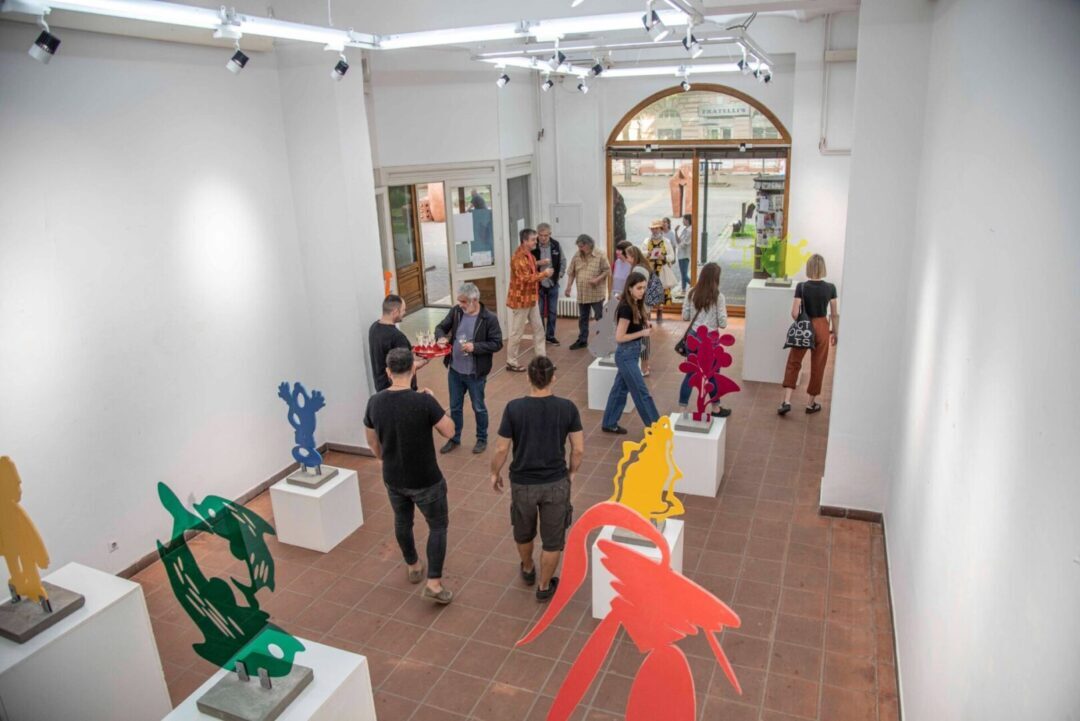 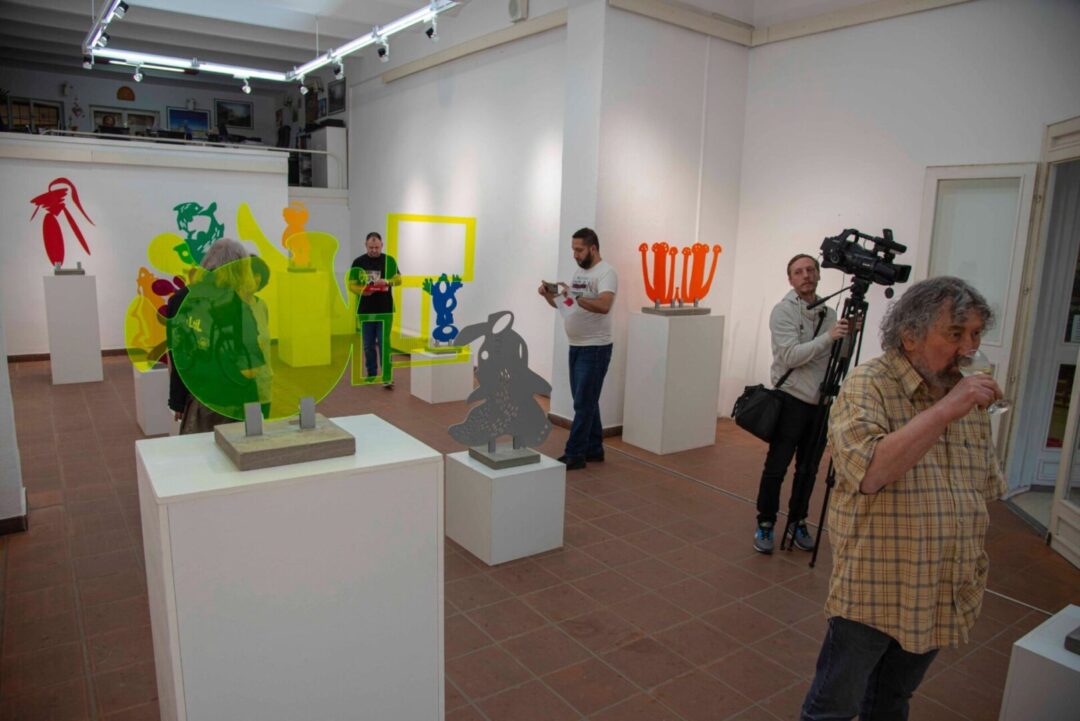 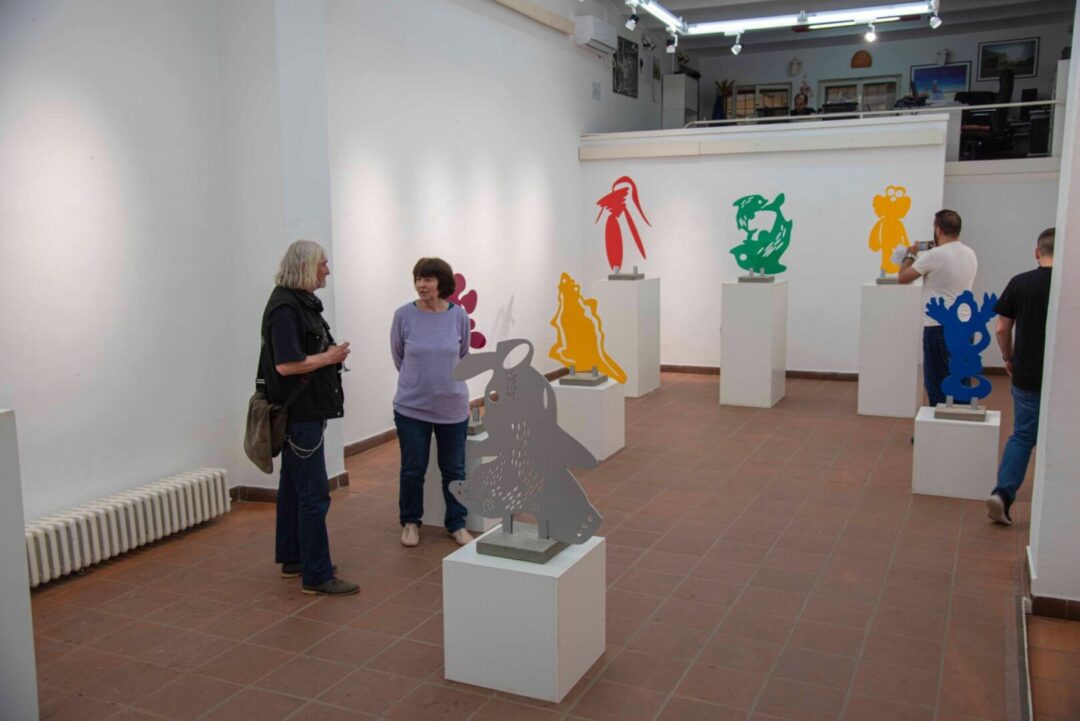