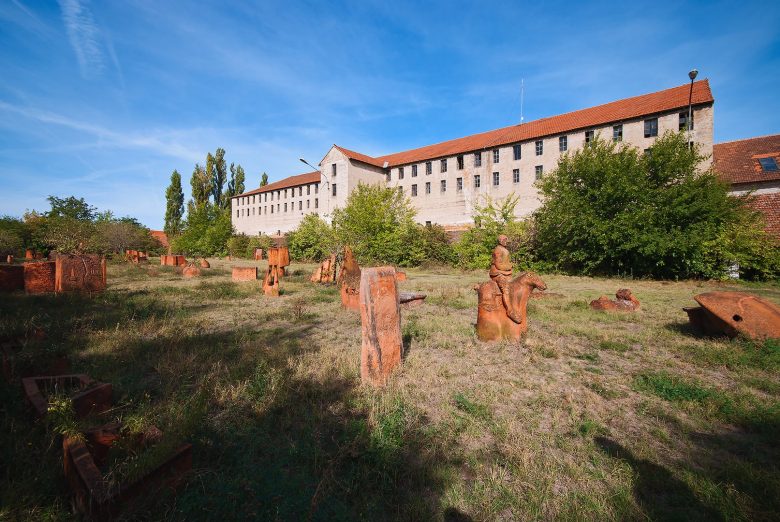 By the decision of the artistic council of the Center for Fine and Applied Arts Terra, the following participants were selected at the 39th International Terracotta Sculpture Symposium Terra 2020:

Born on June 23, 1970 in Bucharest, he graduated in 1998 from the Academy of Arts, Bucharest, Department of Ceramics. Since 2004 he has been a member of the Association of Fine Artists (FAU) of Romania, a branch in Bucharest, and since 2015 – a member of the group that started the Galatea Gallery in Bucharest and a member of the International Academy of Ceramics in Geneva, Switzerland. He has exhibited at numerous solo and group exhibitions in Romania, Europe and Asia. Participant in numerous art colonies in Europe and Asia. Winner of significant awards, including the 1996 Mac Constantinescu Ceramics Award, the 2016 Biennial of Decorative Arts Award. More detailed information can be found on the artist’s website:
https://www.nickmoldovan.com/

Mark Leuthold’s sculptures have entered the collections of the Metropolitan and Brooklyn Museums and the Museum of Art and Design, as well as numerous collections outside the United States – South Korea, Turkey, Switzerland, Japan. Critic John Perreault noted: “One look and the search for artists who break history, who bend the descent, who force it to connect the dots in new ways, even distract from some. Leuthold is one of those. “Marc Leuthold is the son of European immigrants and interested in different cultural experiences. His work reflects the influence of art from Asia, Africa and the Mediterranean. He is a professor at New York State University and has taught at Princeton University and the Parsons School of Design. He is one of forty Americans who is a lifelong member of the International Academy of Ceramics. He exhibited at numerous exhibitions around the world and was a participant in numerous colonies and art residencies. Detailed CV can be found at:
https://marcleuthold.com/

Tamara Sekulić was born in 1991. She graduated from the School of Textile, Design and Applied Arts in Osijek. She graduated in 2017. at the Academy of Arts in Osijek, Department of Fine Arts-module sculpture, under the mentorship of Denis Krašković. He is active in various fields of visual and applied arts. In addition to art, she is also engaged in art and pedagogical work, through which she also designed and led various art projects and art workshops. Her primary medium of expression is sculpture, through which she most often shapes geometric forms of clean and clear lines with ecological and social themes and issues. From 2018 is a member of HDLU Osijek. He lives and works in Osijek. See more about the artist at
https://tamarasekulic.com/

Mirjana Blagojev was born in Zrenjanin in 1974. She graduated (2000) with a master’s degree (2007) in sculpture at the Academy of Arts in Novi Sad. She completed a master’s degree at the Ecole Supèrieure des Arts Décoratifs in Strasbourg, France in the field of Object-Glass (2005). She is currently attending Doctoral Art Studies at the Academy of Arts in Novi Sad, where she is also employed in the subject of sculpture as an assistant professor. He is a member of SULUV and ESGAA (European Studio Glass Art Association). She participated in the realization of numerous international projects as well as in numerous art symposia and colonies, exhibited in several solo and group exhibitions in the country and abroad, realized study visits in the form of lectures and workshops at the Universities of Pecs, Hungary, Faculty of Architecture Prague, Czech Republic, Academy Of Fine Arts and Design Bratislava, Slovakia, Academy of Arts, Split.

Slobodan Dane Stojanovic, graduated from the Academy of Fine Arts in Belgrade, sculpture, in 1970. Member of ULUS since 1975. Organized 30 solo exhibitions, among which the most famous are in ULUS Gallery in Belgrade in 2002, exhibitions in SANU, branch in Novi Sad, 2001,2013, in the gallery Platoneum. He has participated in numerous exhibitions in the country and abroad. in the Museum of the City of Belgrade, in the Gallery of Contemporary Art in Pancevo, Smederevo, Novi Sad, Apatin, Paracin, Nis, Krusevac, etc. Member of the ULUS Veterans Board, and winner of awards and recognitions.

The joint exhibition of sculptures in terracotta by eight master’s students of the Faculty of ...