Through my art, I communicate things I have a hard time talking about. As an individual from a war-torn country, who due to the different circumstances lived in many places, I delve into the themes of detachment, seeking permanency and lost sense of identity. These themes are intertwined with narratives of tensions between light and dark, good and evil, and heavens and earth.

My creative process is a continuous dialogue between the inner and the outer world. By using the expressive marks, lines, and colors I attempt to convey emotions, thoughts, and memories while traveling through my inner landscape. Similar to the land, these inner places are high and low, soft and hard, fluid and rigid, dark and light. By exploring them I’m trying to make a connection with my viewer and ask certain questions. Why are we here? What is beyond? What of pain—can it be transmuted to something beautiful? This process is also an attempt to have an intimate conversation with the viewer, drawing them into my space, while possibly drawing them out.

I had the privilege of spending time at the Terra Art Studio which helped me to ground myself in the new environment. This was an opportunity to continue developing previously started ideas, but also produce the work that is influenced by my new surroundings– art studio and the town itself. The newly discovered places were an oasis of new textures, colors, and materials to explore while creative process included taking photographs, drawing, collaging and collecting of discarded and used materials. New inspirations got intertwined seamlessly with my previous narratives since my surroundings always influence my work and become part of the visual conversation.

My intent with this exhibit is to peace together previous experiences, interpret the discoveries of my new surroundings and weave them into the continuing narrative that appears in my work.

Tatjana Jovančević was born in Bosnia and Herzegovina, one of the republics of former Yugoslavia. While she was an exchange student in the USA the war broke out in her homeland, and she ended up staying to finish her schooling. She currently resides in Kikinda, Serbia. Tatjana earned the BFA in Visual Communication from Northern Illinois University.

Art making has been a part of Tatjana’s life as far as she can remember. Her main expressive method is abstractions and putting down marks on paper, but throughout the years she worked with different mediums including found materials as well. Tatjana’s work spans large-format works on paper, collages, and site-specific interventions. Her artwork is influenced by the effects of being an individual from a war-torn country, loss of place of belonging, finding of the lost identity as well as by reflection on inner landscapes of the psyche.

In case you’re interested in following her work, Tatjana has an account on Instagram where she documents her process, inspirations, finished work, art shows and other art-related subject matter. 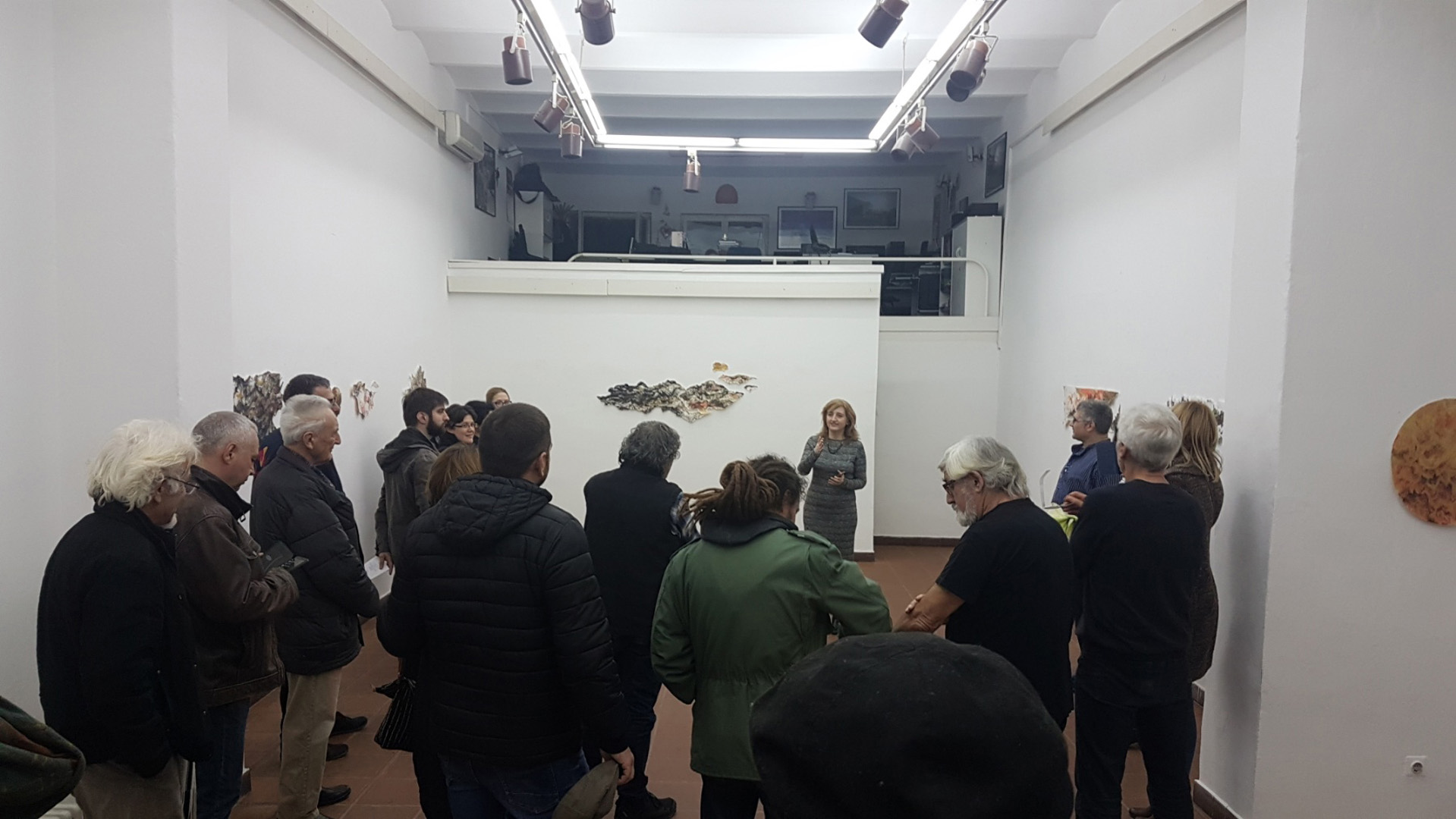