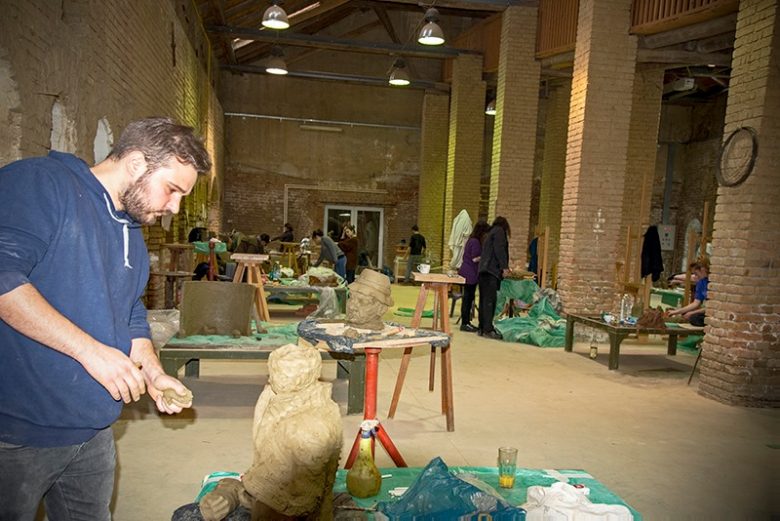 The Inclusive Art – Access to Culture for Disadvantaged Children and Youth Project was implemented in the framework of the INTERREG IPA Cross-Border Cooperation Programme Romania – Serbia. It included a series of activities, workshops, lectures, performances and cultural interventions, and its main goal was to achieve easier access to cultural and artistic content for children from marginalized social groups. The project lasted 18 months, and four partners were involved in its implementation, namely the Intercultural Institute from Timișoara as the project holder, the Association Nevo Parudimos from Reșița, the City of Zrenjanin and the Centre for Fine and Applied Arts – Terra from Kikinda, as project partners.

The Terra Youth Workshop was held from May 7 to 14 2018 in the Terra Atelier. Twenty primary school students from primary schools 6. Oktobar and Feješ Klara from Kikinda participated in the workshop. The work with the children was conducted by young artists and art students of the Fine Art Department of the Academy of Arts in Novi Sad and students of the Academy of Arts of the West University of Timişoara. The expert staff of the Terra Centre, namely Slobodan Kojić and Miroslava Kojić, academic sculptors with many years of experience in working with children, and Milan Ramaji and Goran Ludajić, accredited conservators, mentored and supervised the work with children. During the workshop, each participant created at least one small-scale sculpture. At the same time, all attendees and students, sculpted one “jointly-made” large-scale sculpture in clay.

After the exhibition, the large-scale sculpture was donated to the Roma community in Romania involved in the Inclusive Art project.

After finishing the training for creative entrepreneurship, young artists from Kikinda Irena Kovač, Ljubiša Nikolić, Kai David Melank and Vesna Simić implemented cultural interventions with children with special needs and children from the Roma community of the Kikinda municipality as their final project.

The intervention implemented by Irena and Kai was based on the technique of “action painting”, where young artists, wearing protective suits, dipped their hands and feet into tubs with prepared paints and then painted a large canvas stretched on the ground with their bodies.

Another cultural intervention, called Leave a Trace, was aimed at children with special needs. In this intervention, Ljubiša and Vesna opted for terracotta as the basic material. Each little creative had a clay plate in front of them in which they imprinted their traces.

The Inclusive Art exhibition in the Terra Gallery includes works created within the framework of the Terra Youth workshop and two cultural interventions that were realized in the Terra Atelier in May and June 2018.

Our plan is to launch courses for art lovers from all over the world who wish to try their hand at ...