Valentina Dusavitckaya   ,,The sculptures by Valentina Dusavitskaya were made like speciﬁc and sensible architectural creations. These are upright sculptures with circularly placed walls, often realized and ’’lightened’’ by numerous openings which remind of window panes. At ﬁrst, it seems that the sculptor dealed with the look of outer, visible world and that she tried to perform usual architectural formal sets, to make them ’’softer’’, rounder, more excentric. However, this sculpture possesses one unusual distinctivness. Everything is revealed by its base, plan, layout. This lay- out in the shape of a heart in fact speaks of lyricism of this plastic opininon – the base is the sculptor’s own sensitivity from which a plastic construction grows, one speciﬁc sculptural story. With such artistic reasons the sculptor’s creative act is completely harmonized. The walls of the sculpture are exciting, they are formed by many direct manual touches that the clay remembered, which blink like visible and materialized expression, like plastic signs which made the sculpture by Valentina Dusavitskaya a source of sincere Illiyrian remarks and poetic messages” – Sava Stepanov 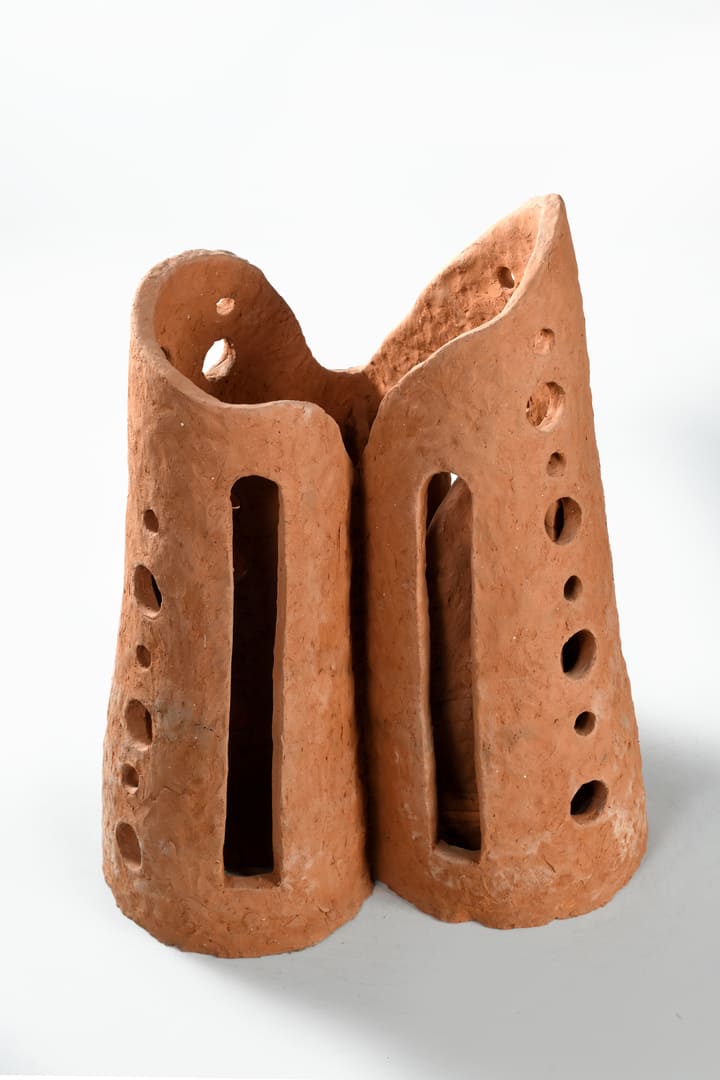 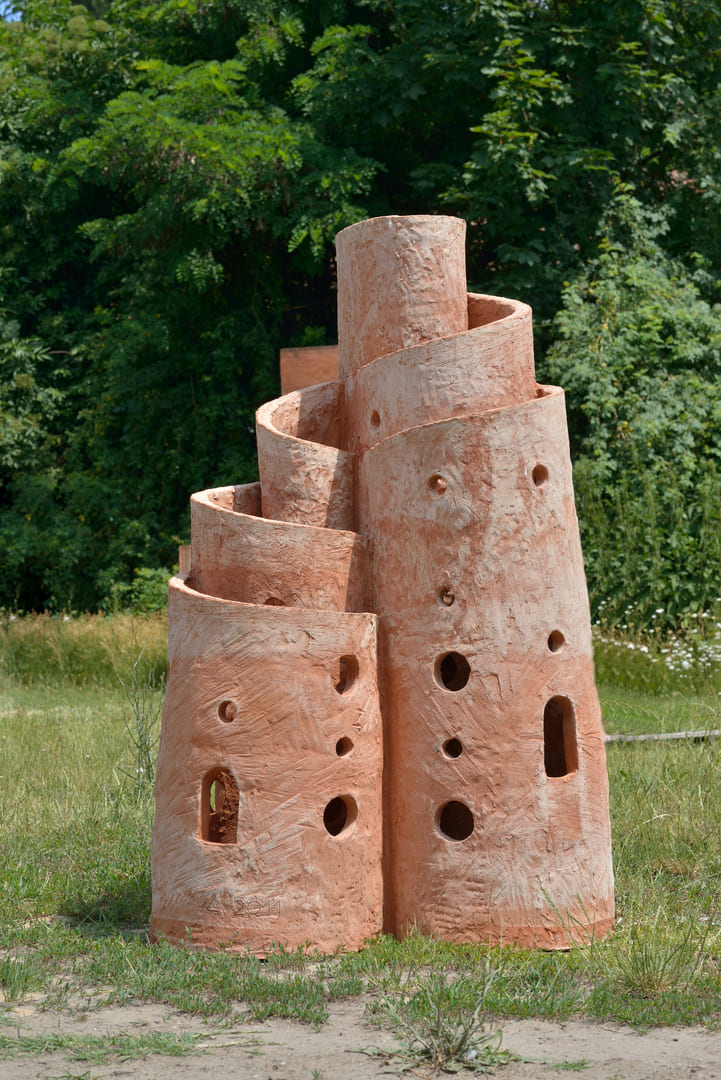 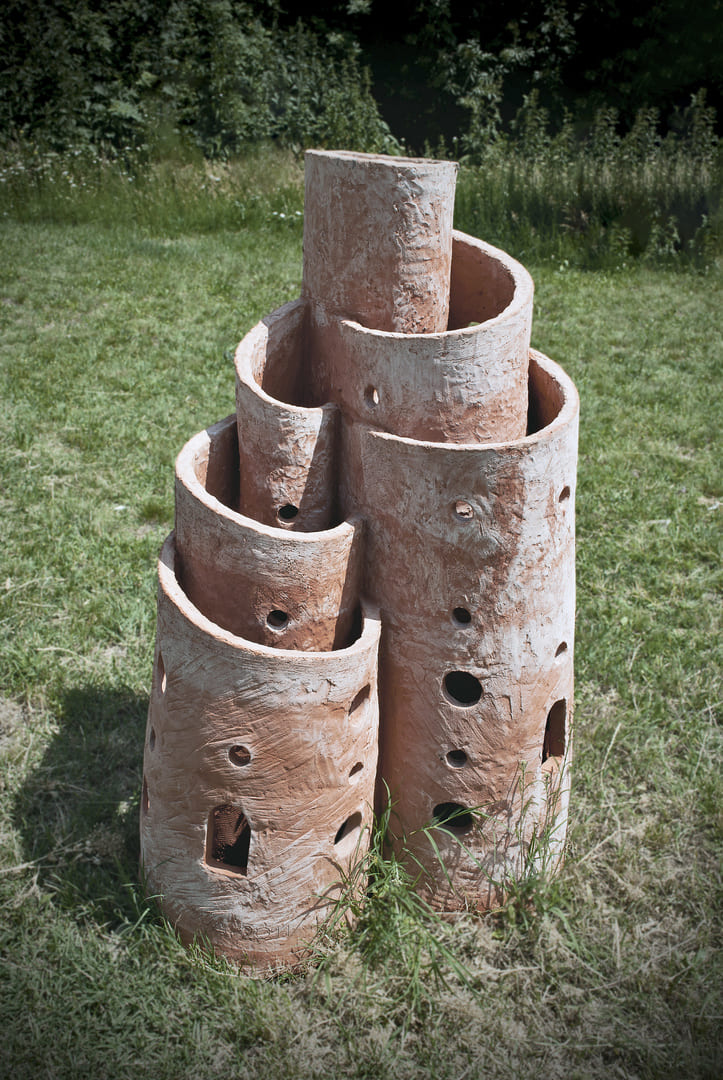