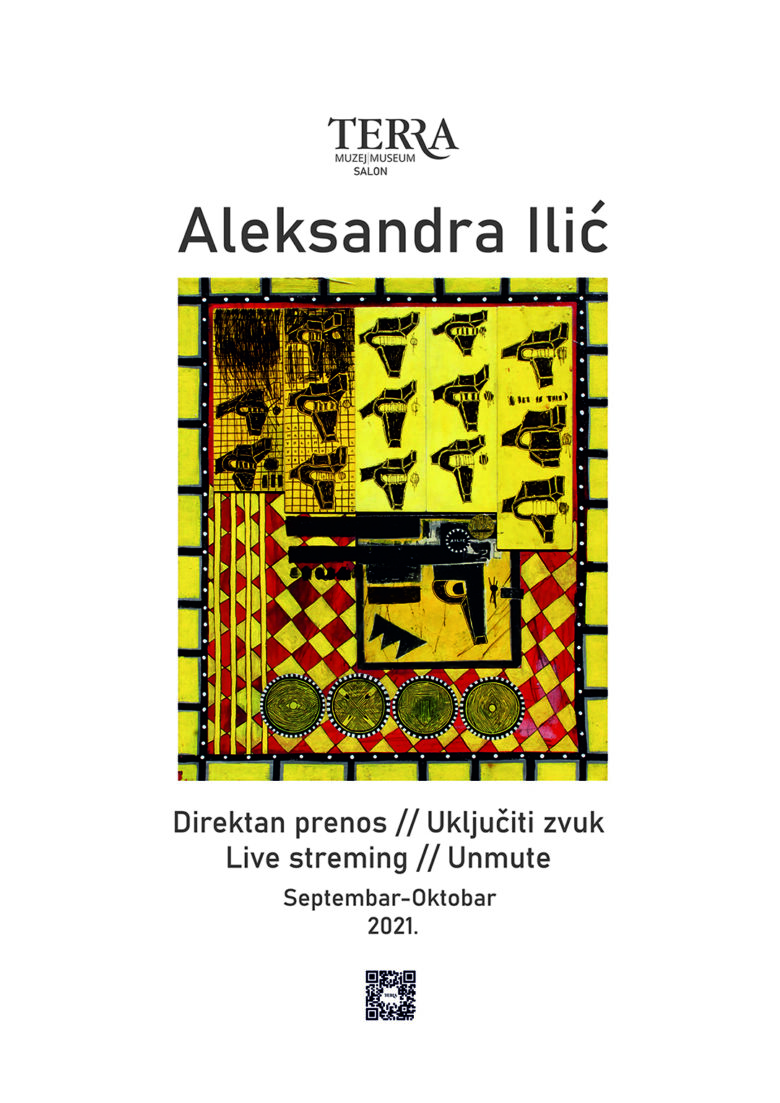 On Friday 8. oct.  in the salon of the museum Terra was open art exposition by academic artist from Belgrade, Aleksandra Ilic.

The works entitled “Unmute” are a continuation of the previous series of works – “Mute”, and serve to continue the dialogue, discussion, and shift in the direction of “Mute – Unmute”. How intensely does the sound, i.e., “noise” of the modern world, impose the coordinates of visibility of an individual, against which they are positioned and (self-)evaluated? How to map these coordinates and to what extent should we appropriate them? Made in the form of collages, with a conceptual and aesthetic feel of the art of street graffiti, i.e., Street Art, these works, in a way, introduce wall facades into the enclosed gallery space. In addition to the above, here, the facades become identified with the flow of thought and attention of modern man, where the multitude of images, sentences and fragmented information can be connected into a meaningful whole or logical conclusion, but where this is not necessarily the case. In that sense, the “aesthetics of the facade” and the collage give an impression of a truly natural form of thought visualization, producing the first copy of the thoughts. The drawings, almost imperceptibly compressed into decorative elements and ornaments (sometimes taking on the appearance of circus patterns, slot machines or tokens for games of chance), create a direct parallel with the endlessness and colourfulness of the infinite amount of information that defines the modern age. The themes of the works themselves (rabbit biting another rabbit’s tail, the last train, gas masks we love, skyscrapers, shop windows, factories surrounded by smoke, psychotic smiles), as well as numerous symbols that appear (eye/control, crossed spears/war, arrow/fall, female genitals/female principle), can directly be engaged in the “invisibility – visibility” debate, i.e. the “Mute-Unmute” debate, all streaming live, under the watchful eye of the Other.

Aleksandra Ilić Was born in Belgrade in 1987. She completed basic academic studies at the Faculty of Economics in Subotica (Department in Novi Sad, Department of Marketing), in 2010. She completed his basic academic studies at the Academy of Arts in Novi Sad (Painting) with the first solo exhibition “Exhibition”, in 2014, while she completed master’s academic studies (Painting) at the same academy with the exhibition “Natron”, in 2015. The work from the mentioned series “Natron” was awarded the third prize of the Nis Art Foundation in 2016.Since graduating, Aleksandra has been actively engaged in independent artistic practice. Mostly expressed in the form of drawings, paintings and spatial installations. Exploring materials (soda paper, cardboard, wood, metal, sand), and using personal symbolism and “aesthetics of the facade” (ie facade appearance), Aleksandra emphasizes the importance of introspection and intimate positioning towards certain active social phenomena. Since 2020, She has held the status of an independent artist. Also she is a member of the Association of Fine Artists of Serbia and the Association of Fine Artists of Zrenjanin (ALUZ), where is also a member of the Art Council. Aleksandra currently lives and works in Belgrade. 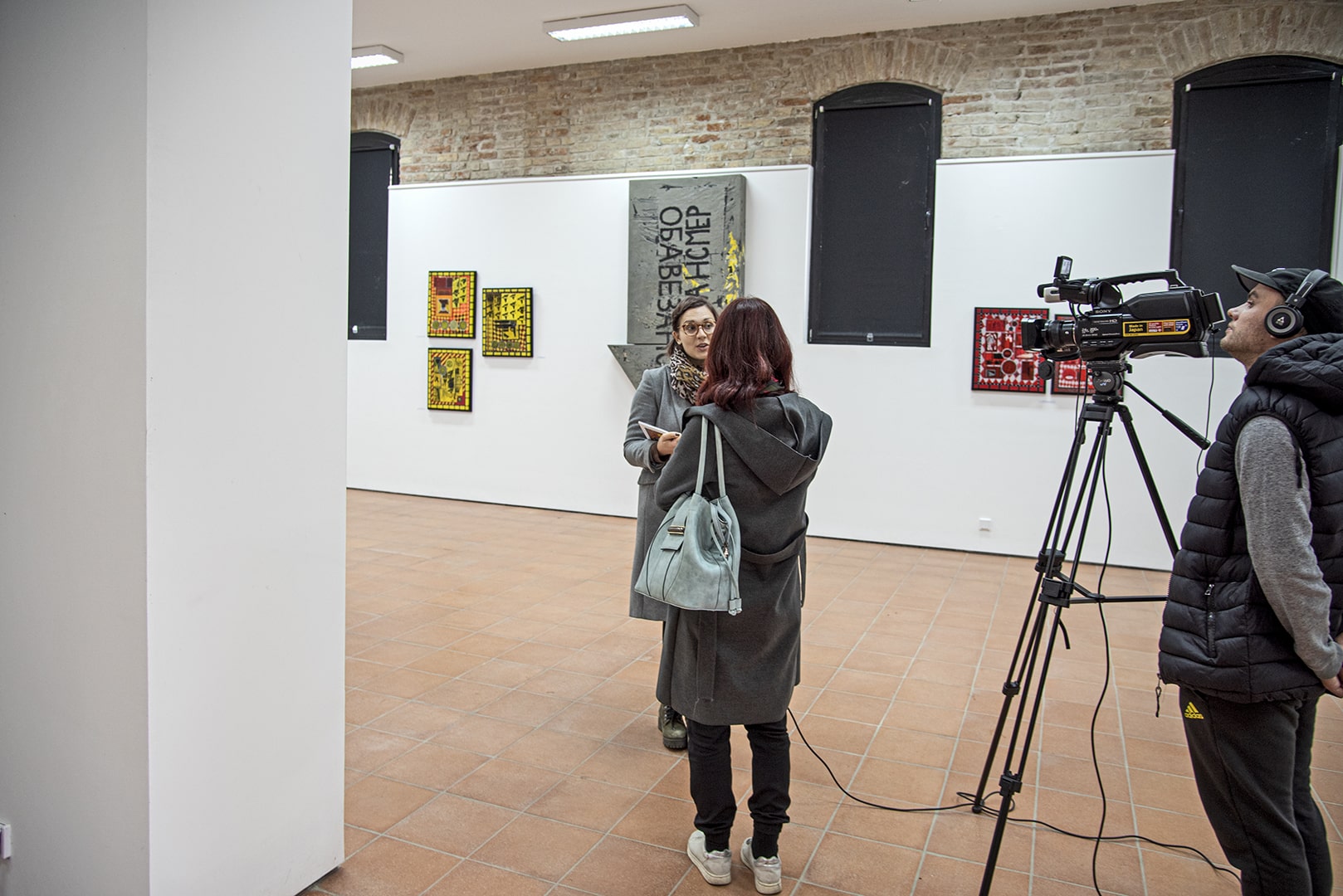 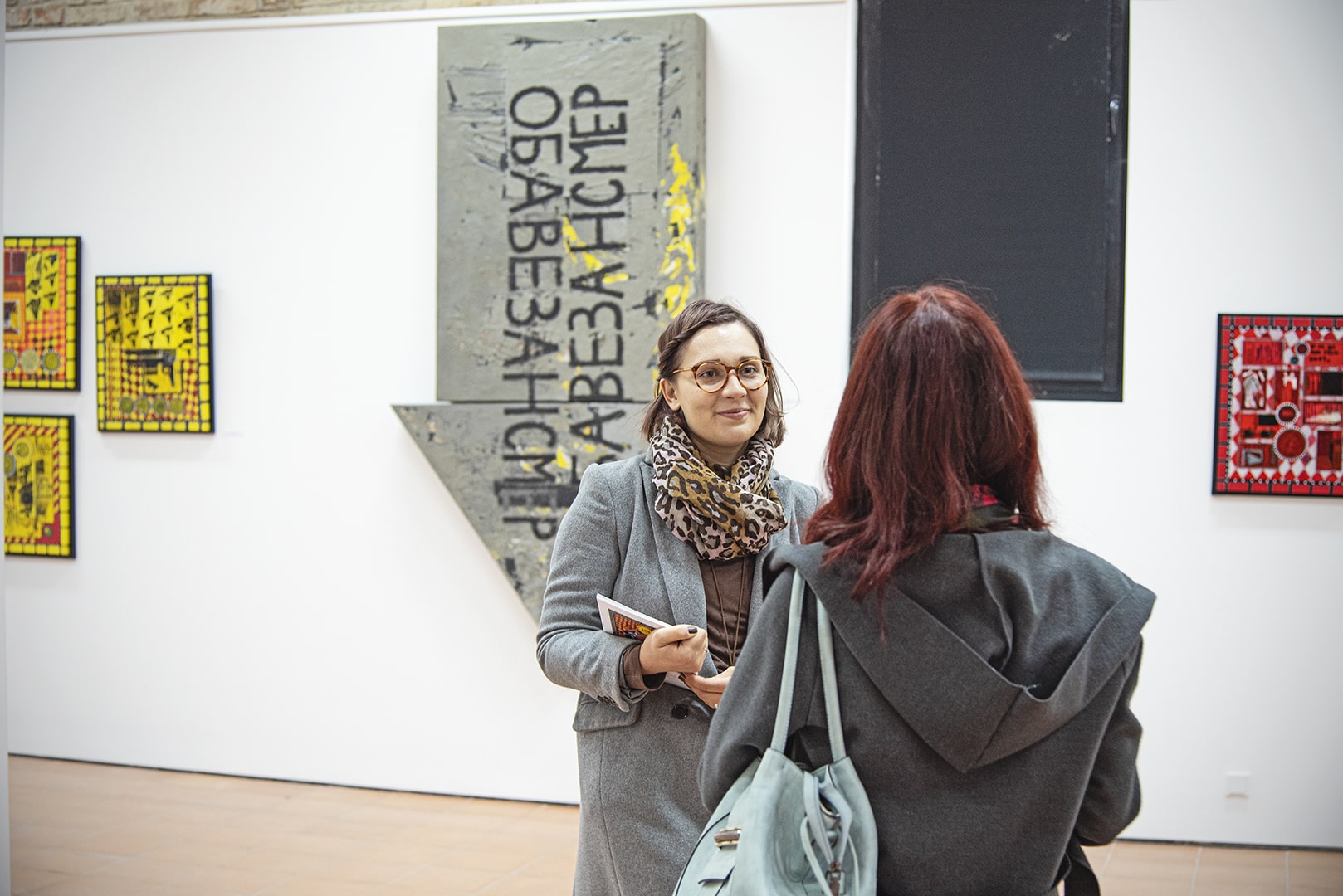 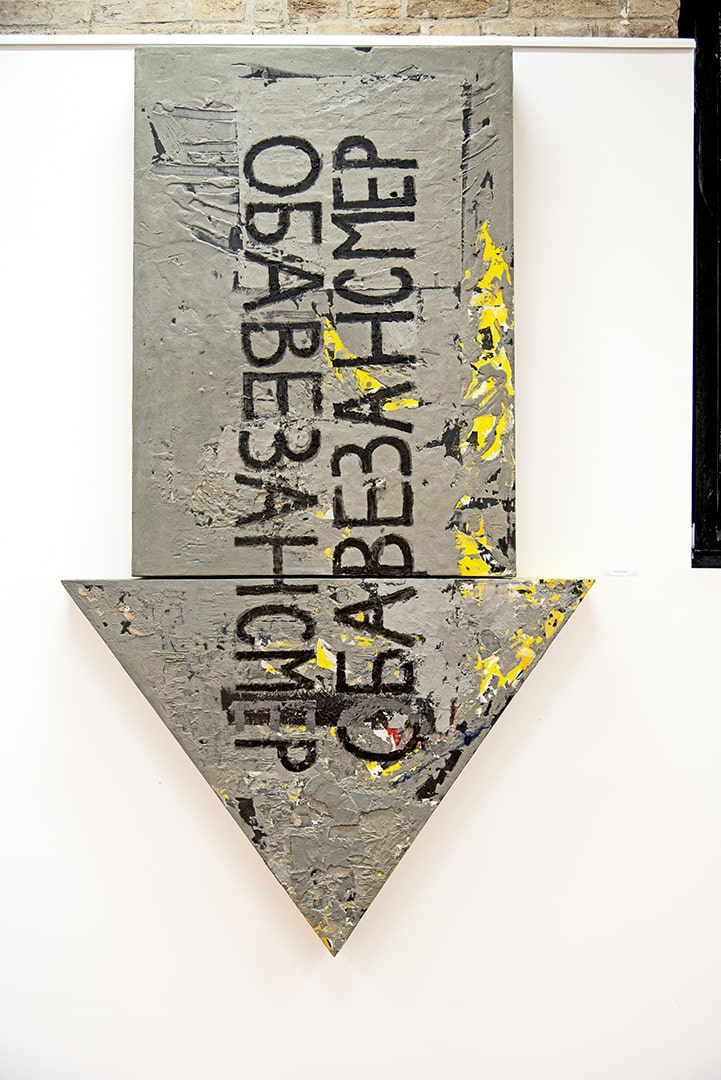 On Friday 8. oct.  in the salon of the museum Terra was open art exposition by academic artist from...

On Saturday, September 18, a solo exhibition of sculptures and drawings by the academic sculptor fro...

Sanja Radusin – ,,From clay to terracotta”

Nikola Macura – From noise to sound

On Saturday, May, 15th at the Museum of Terra hosted the solo exhibition and art performance of an a...